“I am a social worker,” I say by way of introduction to a class full of new students.

I feel enormous pride as I say those words. A pride that comes from not only finding a job I love, but an identity too. I don’t just do social work. I am a social worker.

And my experience as a Jesuit Volunteer looms large in that identity.

I teach a class each semester to college students in which I encourage them to participate in national service as a way of finding their career path. It will not be easy, I tell them. There will be sacrifices. Your family may not understand. You will pushed in ways you cannot imagine, asked to grow and stretch beyond what you believe is possible.

I wrote about my JV service journey in my recently-published memoir, The Cardinal Club – A Daughter’s Journey to Acceptance. It was a journey of transformation. 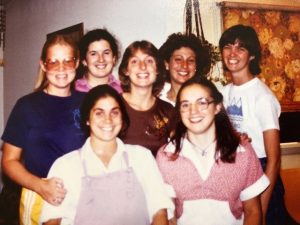 I spent my year in Great Falls, Montana with six other wonderful women who helped me grow. Our volunteer experiences opened my eyes to things I couldn’t even imagine. Women who had been victims of violence. Children whose parents struggled to put food on the table. The struggles of a teenage mother who was barely old enough to drive. These were stories I had never considered, and far away from anything I had ever known. And yet, as we gathered around the table each night and shared our day, I felt myself expanding, as if a part of me cracked open, a place where new seeds of compassion might take root. We lived in a mustard yellow one-story house on the northwest side of town. We lived as a family. We had a joint checking account and one checkbook. We drove an old station wagon. We took turns doing the shopping, cooking, and cleaning. Every Wednesday night we had a house meeting. It was the time to talk through any problems we might be having and try to resolve them. They were long and sometimes tedious, and if I’m being honest, I rarely looked forward to them. One night, after dinner, I grabbed a cup of tea and met the others in the living room. “I think we need to talk about the grocery budget,” Darra said. “I think we should buy more things that are generic.” “Like what?” I asked.

I know. This sounds like a stupid thing to have to talk about. At least I thought it was and it soon became a bone of contention between us. We didn’t agree, or I should say, I didn’t agree. I had never bought a generic anything in my entire life and I wasn’t inclined to start. Generic was for other people, for people who couldn’t afford the real thing. I was as sure of that as I was about anything. The week before, when it had been my turn to shop, I bought Scott Tissue like my mother did. Now evidently, there was a problem with that. I felt criticized. Judged. Discounted. I was angry. I shot back.

“It’s toilet paper,” I said, emphasizing the ridiculousness of it all. I was not about to give in.

My roommates listened. “We promised to live simply,” they reminded me. It was true. It was part of our commitment. To live simply so that others may simply live.

I was unmoved. I argued back. They listened. Two hours later, the meeting was over. I had lost the fight. I went down to my room and sulked.

The thing was, it wasn’t really about toilet paper. I didn’t understand it at the time, but I learned something that day and many of the days that followed. I grew up believing there was one right way. I witnessed my parents ridicule other ways to do things. They were right, everyone else was always wrong. I’d lived a privileged life. I’d been spared the choices that many of the people I now worked and lived with made. Until I lived with these women, I hadn’t had to stretch too far outside my comfort zone. As much as I fought against some of the rules of my own family, at least I understood them. But now I’d made a commitment to live in community with people who were raised differently than me. Who valued different things and had different ideas. Wrong and right no longer seemed clear. I’d promised to be part of this community, even when it wasn’t easy. I couldn’t walk away.

I’m so glad that my year with JVC Northwest was one of those dots. 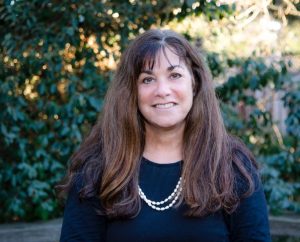 – Excerpted from The Cardinal Club – A Daughter’s Journey to Acceptance, written by Suzanne Maggio and published by Adelaide Books, New York.

There are many ways to financially support JVCNW. Please consider a gift or learn more about ways to give.

Please make sure that your information is up to date in our Former JV Directory.

Send us Email Map to Office