Anthony DeLorenzo shares how he draws from his own experience as a Jesuit Volunteer in his current work as an Area Director for the Gresham, Grays Harbor, Tacoma, and Portland Morris communities:

The August after I graduated from Gonzaga I found myself in Newark, New Jersey, as a Jesuit Volunteer and was connected with an incredible organization, Greater Newark Conservancy (GNC).  Through the promotion of environmental stewardship, GNC works to improve the quality of life in one of the country’s most dismissed, forgotten, and needy urban communities. 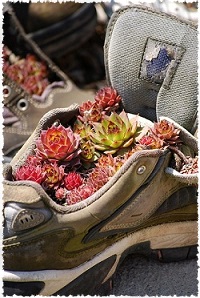 Seeing the intense poverty in Newark quickly created a deep desire to be sure that my decisions were reflective of my commitment to both the city and the natural world.  Thus when the holiday season approached I opted for a quieter way to celebrate and stayed in Newark alone rather than fly back to the west coast.  Were I to fly the 2,500 miles back home, not only would I be taking advantage of a privilege that much of the local community did not have,  but I would also be contributing to the pollution that disproportionately affects impoverished communities more than the rest of the U.S. population.  Ultimately, it seemed contradictory to the reason I was there in the first place.

As Christmas approached I found myself wondering what was happening at home without me. But rather than dwell on what I was missing out on, I tried to focus on the opportunities I was able to take advantage of by remaining in Newark that I otherwise would have missed. I went for several long walks throughout my neighborhood, making myself a visible presence. My intention in these walks was to tell this city that although the common perspective in our country was that this place was dirty, miserable, and may as well be abandoned, that I was one person wanting a real relationship with it. I was someone who did not want to leave it behind.

Honestly, I initially doubted the effectiveness of this statement. But weeks later it became clear that the neighborhood recognized me as an integrated part of their community. Riding the bus or walking home from GNC, I began meeting people who would comment that they had seen me in the area, and would strike up conversations with me. These were signs that I had made a few steps in no longer being considered an outsider in Newark.

Now, as an Area Director four years later, I accompany JVs as they discern how they would like to spend the Christmas season. In practice this means I offer different factors for them to consider when making a decision that they may not have had to negotiate before. Much of what I suggest for reflection comes directly out of my year in Newark: What message are you communicating by traveling home for the holidays? Or by staying? What or who would you be leaving behind in your locale? Is this a trip that the people who access the services at your placement would be able to make? Are you taking advantage of a privilege by going home for a week? What is the ecological impact of returning home? What is the most integrated way to live out the values of simple living, ecological and social justice, spirituality, and community during this time of year?

While ultimately only a Jesuit Volunteer can decide how they spend their holidays, my hope is that the perspective I gained from staying in Newark encourages them to consider staying in their locale as one of their options.