This month’s Featured FJV is filmmaker Bridget Power (Gresham, OR ’12-13, Bethel, AK ’13-14) who was moved by the spirituality of the Yup’ik Catholic people she met while living in Bethel during her time as a Jesuit Volunteer. In this post she explores the process of making a short documentary about the role of women in sustaining spiritual communities in Southwestern Alaska.

During my second year as a JV, I attended a retreat hosted by the Forum for Theological Exploration (FTE) and learned about FTE’s Ministry Exploration and Mentoring grant. My Bethel housemates encouraged me to apply, and I was fortunate to receive the grant. The grant from FTE allowed me to travel back to Alaska to film in Bethel and St. Mary’s during Easter 2015.

As a JV in Bethel, I got to know Susan Murphy, who exemplifies what it means to live a life of service and faith. Susan is a respected elder in Southwestern Alaska and a leader for the Catholic Church in Bethel. I was inspired to make a short film that examined ministry in light of the experiences of Susan and other lay Yup’ik women in the Yukon Kuskokwim Delta. They offer insights that are helpful for examining leadership for spiritual communities in other places. These women also raise questions about the future of Catholicism as a sacramental church. I continue to think about these topics as a graduate student pursuing a Masters of Divinity. I’m learning from people from different traditions and discerning my personal vocation as a lay, Catholic woman who hopes to use storytelling and media for social change.

Documentary filmmaking can be subjective and colonialist. I am a privileged, white, Catholic woman from the lower forty-eight, making a film about Yup’ik, Catholic communities in Southwestern Alaska. Despite my appreciation and reverence for Yup’ik spirituality and culture, my identity as a filmmaker cannot be extracted from this film. I craft a film in the way that I ask questions and then select, omit, and arrange footage during the editing process. I represent other people’s perspectives on screen, so I strive to recognize and honor their experiences. How different would this film have been if I could have spoken to some of the participants in their native Yup’ik language, as a Yup’ik person, from the Yukon Kuskokwim Delta? Despite the limitations and controversies of documentary as an art form, I felt like it was still worth trying to raise some questions about leadership, culture, and change through this medium. The dialogue is in English, although I hope that the dialogue will be translated into Yup’ik and other languages so that the film can be more accessible. The title of the film is in Yup’ik. When possible, I used participants’ Yup’ik names. The film features Yup’ik music and Yup’ik collaborators. 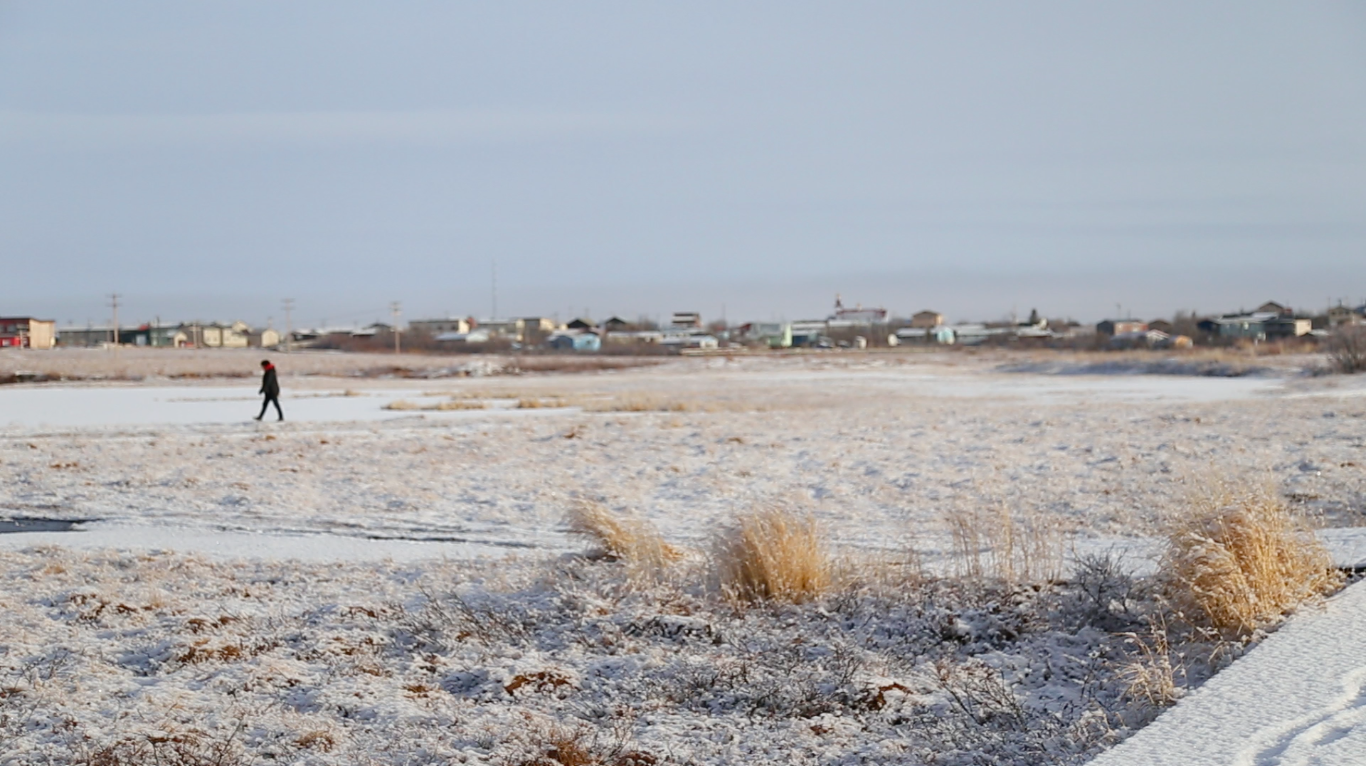 I was able to make this short film thanks to the generosity of so many people from the Yukon Kuskokwim Delta and beyond, including the ’14-15 Bethel Jesuit Volunteers, Sr. Kathy Radich, and Sr. Ellen Callaghan, who let me stay with them. Bryon Nicholai of Toksook Bay and Mike McIntyre of Bethel let me use their music, and Victor Bee of Bethel let me use his drone footage. Elena White-Aluskak translated the title of the film.

Click here to learn more about the “Agayutem Yui: People of God” project and to watch the film or to contact Bridget. Agayutem Yui premiered at the Anchorage International Film Festival in December 2016.

Bridget Power started making documentaries with friends as an undergraduate at Georgetown University. She loved her time as a Jesuit Volunteer at Catholic Charities’ Housing Transitions Program in Portland, Oregon and the Tundra Women’s Coalition in Bethel, Alaska. She is currently a graduate student at Harvard Divinity School, where she continues to make films. Please contact her at power.bridget@gmail.com.