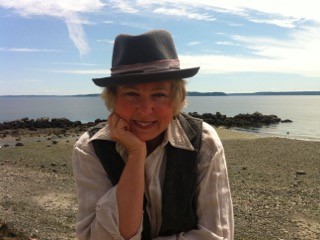 “Would you be interested in a prison chaplaincy?” the dark-haired young man asked as he plopped down in the chair beside me.

Yes? What was I saying? I didn’t even know what a prison chaplaincy was. I mean, I knew what it was, but I didn’t know anything about what a chaplain did. Or didn’t do. Or anything in between.

Our JV EnCorps meeting had just wrapped up, and this young man from the Seattle Archdiocese was our presenter. It was a fabulous presentation on volunteer opportunities with immigrants, and I was listening carefully, seeing if this was something that was speaking to me.

And then, afterward, as everyone started to move around, the presenter headed across the room straight toward me.  “I love your passion,” I told him as he came closer. He had made his presentation in a way that made each of us want to jump on the immigrant train and start helping out that day.

And now here he was, that same passion spilling out as he told me a little bit about what he was asking. “It’s a part-time job up at Monroe Correctional Complex,” Jeff began with a big smile as if he was offering me the moon. “You’d visit all four institutions every week.…”

He couldn’t know, but yes, it was like he was offering me the moon.

But wait a minute. I didn’t know how to be a Catholic, let alone a chaplain. I’d been raised Catholic, but left when I was 19 years old; had only returned the year before. However, what I did know was jails and prisons. I’d been volunteering as a writing teacher with incarcerated men for a total of 25 years. This is what Jeff had heard. He’d been actually listening to our introductions at the beginning of the meeting when we’d gone around the room to introduce ourselves.

We exchanged information. He said he’d be in touch.  But I didn’t quite believe it.

“God, this can’t be happening,” I found myself repeating over and over and over again the next few days. And then, as he said he would, Jeff did get in touch, asking for my bio, setting up an interview, and finally, at the end of the process, hiring me.  Me.

“Jeff, I don’t know anything…”

“You and the inmates will learn from one another.”

Later, when I was by myself. “God, I can’t…“God, you made a mistake…I’m not the one…Me lead a communion service? No way. I don’t know the first thing about how to do that.”

But it was a done deal from the beginning once I showed up at the prison the first night of my chaplaincy and saw all of those men filing up for communion, then on their knees praying afterward.

It was a done deal when the local priest who became my mentor took me into the chapel where the consecrated hosts were kept, taught me to bow down before the tabernacle, to reverently move the hosts from the tabernacle into a small round container called a pyx. It still brings tears to my eyes whenever I exercise this awesome privilege.

And it was definitely a done deal when I, in fact, did learn how to lead a communion service and stood before the men, giving each one the body of Christ.

I had no idea the day I saw a notice in our parish bulletin about Jesuit Volunteer EnCorps and wrote a single email of inquiry that it would lead to work that would so drastically change my life. That I would be humbled in ways I never could have predicted. That the men’s desperate needs would bring me to my knees in prayer over and over again. That, together, we would become a tight community supporting one another in knowing and loving God.

This is what happens when we respond to God’s, “Would you be interested…?” with an enthusiastic “Yes!”

This is truly the best time in my entire life. First, being back to God and Catholicism, and then the prison chaplaincy—God’s surprise gift to a wayward child returning home.