This month, featured FJV Pam Ingalls (Seattle, WA ’80-81) details the incredible impact that her time in JVC Northwest has had throughout her life, specifically her decision to accompany Jack Morris S.J., Br. Fred Mercy, and others on the Bethlehem Peace Walk. Pam has also been a painter for many years and has shared a few of her beautiful pieces at the bottom of this post. 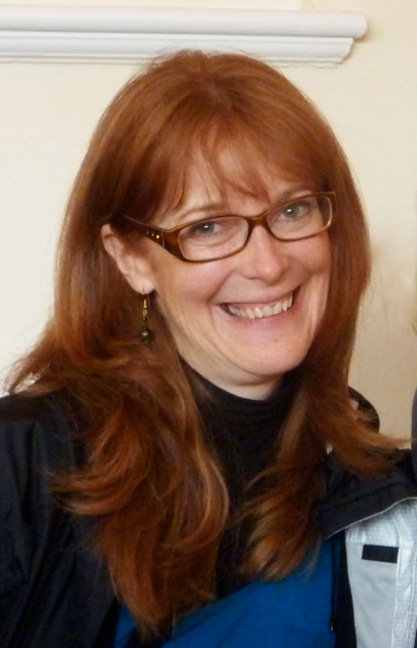 Standing in the kitchen of Seattle’s South House sometime in the first month of my JV year I had the feeling I was going to know these new community members the rest of my life. I think of that moment from time to time now – with gratefulness and a sort of “ah” at how life unfolds.

The first JV I met was my sophomore year at Gonzaga University in Spokane, WA. Someone introduced me to this lovely, social justice type woman with long hair and a long skirt on. I admired her job and her life. I thought I could never be in JVC Northwest– I wasn’t cool enough. A few years later I was married, living in the community of South House, and working with low-income elderly. I couldn’t believe my luck! I poured my soul into the job, and sometimes after hours I turned my office into a painting studio to paint portraits of my beautiful clients. To top it off, very soon into the year, most of my community was talking about making a walking pilgrimage across the US and Europe to Bethlehem for peace. My tiny world was finally opening up.

Jack Morris, S.J. – who co-founded the JVC movement in the 1950s – got this crazy idea in 1980 of walking to Bethlehem. He wanted to ask religious leaders and people of faith along the way how they could justify supporting the nuclear arms race. He mentioned his idea to my husband at the time, Bill, who brought the notion home to South House. It’s a long story – but 3 years later every one of us in that community was in Bethlehem on Christmas Eve. All but one of us had walked 7000 miles together to get there.

When I think of my life 33 years after JVC Northwest, there’s nothing else that has shaped it more than that year and that community. I’m an oil painter now. I paint the simple things around me – trying to point out (and help myself remember) that life’s magic is everywhere around us. I still love to paint portraits of people on the edges of society. The past 7 years I’ve been painting portraits in small communities in different parts of the world. All my relationships are steeped in the lessons I learned in JVC Northwest. The people I lived with at South House are still some of my deepest friendships. My whole life is a continuation of the values I learned that year.

Almost exactly a year ago, Jack Morris passed away. I’ve been thinking of him a lot the past few days. I can’t tell you how grateful I am to him. Among all the crazy, bold things he was and did, he started Jesuit Volunteer Corps Northwest. It has made all the difference in my life.

More of Pam’s amazing work can be found at her website: http://pamingalls.com/.