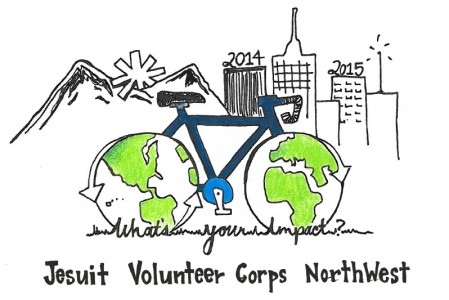 The following stories, continued from the “JV Stories of Impact” article in our fall Focus newsletter, are a glimpse into the impact 2013-14 JVs made in their day to day service this past year. Look for reflections on how JVs are being impacted during their year in our spring edition of Focus.

As a JV, Mallory provided intensive academic support to identified at-risk students, particularly in math, reading, and science. Throughout the year, she tutored students in and outside the classroom individually and in small group settings, as well as lead lessons for specific class grades.

I have worked with “Dillon,” a fifth grader at my service site, since the start of the year in an intensive math pull-out. During our first few months of daily hour-long math sessions, nearly as much time was spent getting Dillon on task as was spent actually instructing him on times tables and fractions.

Though frustrating, I noticed that when Dillon understood a concept, he would absolutely shine; he needed that sense of accomplishment and absolutely thrived when he got it. I worked on incorporating games that worked well with his active and competitive spirit. As the year continued, I noticed Dillon’s confidence increase as he would understand and master a topic.

Simultaneously, he seemed to trust me more and our time spent on-task was steadily increasing. In the last few months, Dillon has shown up to class with a smile on his face, homework in his hands, and a permeable enthusiasm for learning in his aura. The year ended even better than I could have imagined when Dillon came to class with news after completing the spring round of state testing: his math score had increased by ten points since January!

This past year, Jonny’s role was to coordinate all phases of a youth internship program, collaborating with local schools, businesses, and community-based organizations.  The program provides career trajectory internships to high-school age youth in their fields of interest. 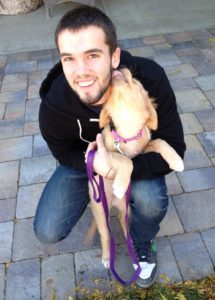 I had the opportunity to serve as the Youth Works Coordinator with Catholic Community Services in Aberdeen, WA. This was the first year of Grays Harbor Youth Works’ official operation, and I was more or less “the guy” to recruit internship hosts, recruit students, facilitate applications and placement assignments, plan and run orientation, visit students at their placements, and pretty much everything else you can think of. Of course, I wasn’t completely alone, but the bulk of the legwork and design was left up to me and my own initiative. Partway into the year, as the reality of my position became less murky, I thought to myself, “Uh oh. I should not be the guy doing this. Why is this being left up to me?”

But here is what is remarkable. In the span of one year, we went from no student interns to 16 students from 5 high schools. We built inroads to our community and now have over 20 different placement options for students. We have a more concrete application and recruitment process, which did not even exist before this year. We now have systems for collecting student time cards, sending out student stipends, and assisting students with transportation needs. These were also created from nothing.

Because of the opportunities provided by our program, 16 students accessed professional work experience and exploration in areas of their interest. They overwhelmingly reported positive experiences, and several already have specific plans to pursue additional schooling or vocational training as a result of their internship. In one short year, we went from a whole lot of nothing to a whole lot of something. And all of this happened regardless of my varying personal and professional “woes.” As it turns out (brace yourselves for this), the work that I was a part of was bigger than myself (*Gasp!* Say WHAT??).

I think this is a testament to patience, to the degree of need in our community, and to the willingness of people to jump onto a good thing when given the chance. We are all a part of something larger than ourselves—and we all need a little help to realize this. This was true for the students in our program, and it was true for me too. I am eager to see how this program grows from the seeds planted this year!

As the Outreach Specialist, Amber reached out to youth in/at risk of homelessness in Washington County, OR, by visiting schools, parks, transit centers, and other places youth spent time. Her role was building relationship and sharing resources, clothing, food, and community with those who may not otherwise have accessed these services. 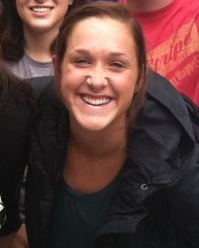 “Joe” has been attending HomePlate for over three years, being unstably housed or homeless the majority of that time. Work, along with his living situation, has been something that is very sporadic for him. This has left Joe with little to no income and has further perpetuated the barriers he faces when attempting to find housing. In April of 2014, Joe came to the HomePlate outreach team at a drop-in explaining that he had gotten connected with a staffing agency. He was excited, but because he lacked proper attire, he was not getting sent out as often as he hoped. We explained that HomePlate could provide support attaining these items and set up a time to meet him that week.

Within a few days, we met Joe at the transit center to get him the work boots and hard hat he needed, free of charge to him. We spent most of our time listening to the barriers and struggles Joe has faced throughout his life, giving him an outlet and supportive ears. He shared about how he made his way to Oregon and ended up on the streets, about how his faith was something that had carried him through, and about how HomePlate had been there for him through some of his hardest times. Since our trip, Joe has maintained some steady employment and has stopped by drop-ins to grab a meal, making sure to update us. Joe is still struggling finding housing, but HomePlate will continue to be a support to him along the way, providing him with a place where he can feel safe and part of a stable community- a place to belong.

In my opinion, HomePlate has got it right. We meet youth where they are and strive to support the positive development of young people through community building, education, access to services, and youth empowerment. We did not find Joe a job, he did that for himself. We merely provided access to the resources he needed and, through this, empowered him to tap into his own, already existing capabilities.

As a legal Assistant, Caitlin supported lawyers and their clients through their cases, addressing issues such as domestic violence, eviction prevention, and farmworker rights. She also coordinated outreach events, proving education in the community around certain legal issues. 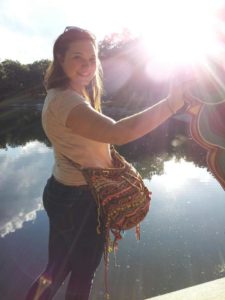 One of the reasons I enjoy my placement is that the Northwest Justice Project loves to not only address immediate issue, but to get to the root problems of people’s bigger problems and solve those, too. For a few years, a huge focus of the Northwest Justice Project has been helping people reinstate their drivers’ licenses. People have their licenses revoked for a variety of reasons, but to incur traffic fines and to have to pay these to get their license reinstated has a disparate impact on those who experience poverty. Those we serve rely on their drivers’ licenses for vital trips: to get to work, to take their kids to school and to the doctor, and to stay connected to their communities.

I have been able to assist in researching and taking the first steps to establish re-licensing programs in our large service area. These programs will help people by allowing them to access the court more easily and to pay a monthly fee based on what they can afford, all the while with a reinstated license so they are not in danger of incurring more fees. Through this project, and the contacts I have made in the process, I hope to expand the scope of the impact of the Northwest Justice Project to reach more people in need of overcoming barriers to self sufficiency and independence.