Significant climate change negotiations are taking place in Paris Nov. 30 – Dec. 11. These talks stand as a monumental opportunity for the global community to set standards and goals by which we can collectively tackle the growing threat of climate change. Below are three things you can do to get involved during this historic moment. 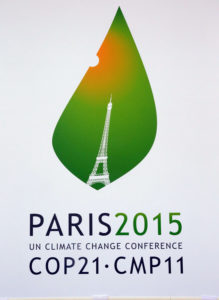 What is COP21? The Catholic Climate Covenant (CCC) has put together a resource on the history behind COP21, which we will briefly summarize. Over 20 years ago, United Nations member countries agreed on climate change basics and their human-made origins. This agreement was dubbed the United Nations Framework Convention on Climate Change (UNFCC), and included that the 196 member countries would meet yearly to discuss climate change, how to combat it, and how to help those already affected by it. Each nation is “party” to the agreement, so the annual meeting is called the “Conference of Parties” (COP). The current Paris talks mark the twentieth time the group has met, thus COP21.

To read the CCC resource on COP21, click here.

To watch a BBC News video on the history of COP21, click here.

During this critical time it’s imperative that those in positions of power know that the people they represent care deeply about the planet, our common home. CCC recommends petitioning the lead U.S. negotiator to COP21, Todd Stern, as he will be this country’s voice throughout the talks. It is also important to realize that local state officials and legislators can, collectively, be more effective agents of change than Senators and Representatives, many of which are beholden to corporate interests that do not reflect their constituencies. You can find your local elected officials here. 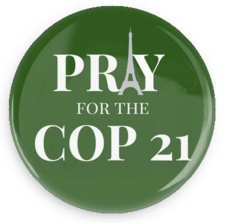 Since September, the Global Catholic Climate Movement has been praying continuously for a strong and ambitious climate treaty to be adopted at COP21. Their #Pray4cop21 website even has a special #Pray4cop21 prayer written especially for the occasion.

You can join by signing up for the #Pray4cop21 prayer chain, or by making time in your own way to pray that those who are negotiating in Paris are keeping in mind the collective impact of climate change, especially its disproportionate effects on the poor and marginalized.